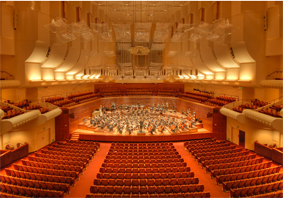 Located in environmentally-conscienctious San Francisco, the Davies Symphony Hall, which celebrated its 25th anniversary in 2005, was built at a cost of $27.5 million. Named for Louise M. Davies, the largest individual contriubtor to the building, the building is owned by the City of San Francisco.

Ace Heaters LLC is the perfect choice for your next “very important project”.

Ouch! There was a server error.
Retry »